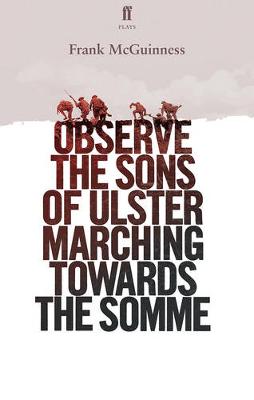 Observe the Sons of Ulster Marching Towards the Somme

On 1 July 1916, the 36th (Ulster) Division took part in one of the bloodiest battles in human history, the Battle of the Somme. This enduring war play is a powerful portrayal of mortality, love and loss. In the extraordinary circumstances of World War I, eight ordinary men arechanged, changed utterly. In 2016, one hundred years after the battle, Observe the Sons of Ulster Marching Towards the Somme by Frank McGuinness was revived in a co-production between Abbey Theatre, Citizens Theatre, Headlong and Liverpool Everyman & Playhouse. This edition contains a new introduction by P. J. Mathews.